With more warnings of electricity blackouts in California as temperatures surge, authorities conveniently omit the huge decline in wind power over the past week.  The media seems to be focused more on the drought and problems associated with hydro-power generation than the failure of Green Wind Power.

According to the CNN article, A California reservoir is expected to fall so low that a hydro-power plant will shut down for first time, low water tables are putting a real KABOSH on hydro-power generation.  While this is most certainly true, I haven’t found any news sources reporting on the HUGE DROP in California’s wind power.

If we look at the following chart from the EIA – U.S. Energy Information Agency, we can clearly see that if it weren’t for Natural Gas electric generation, California would be in a world of hurt. 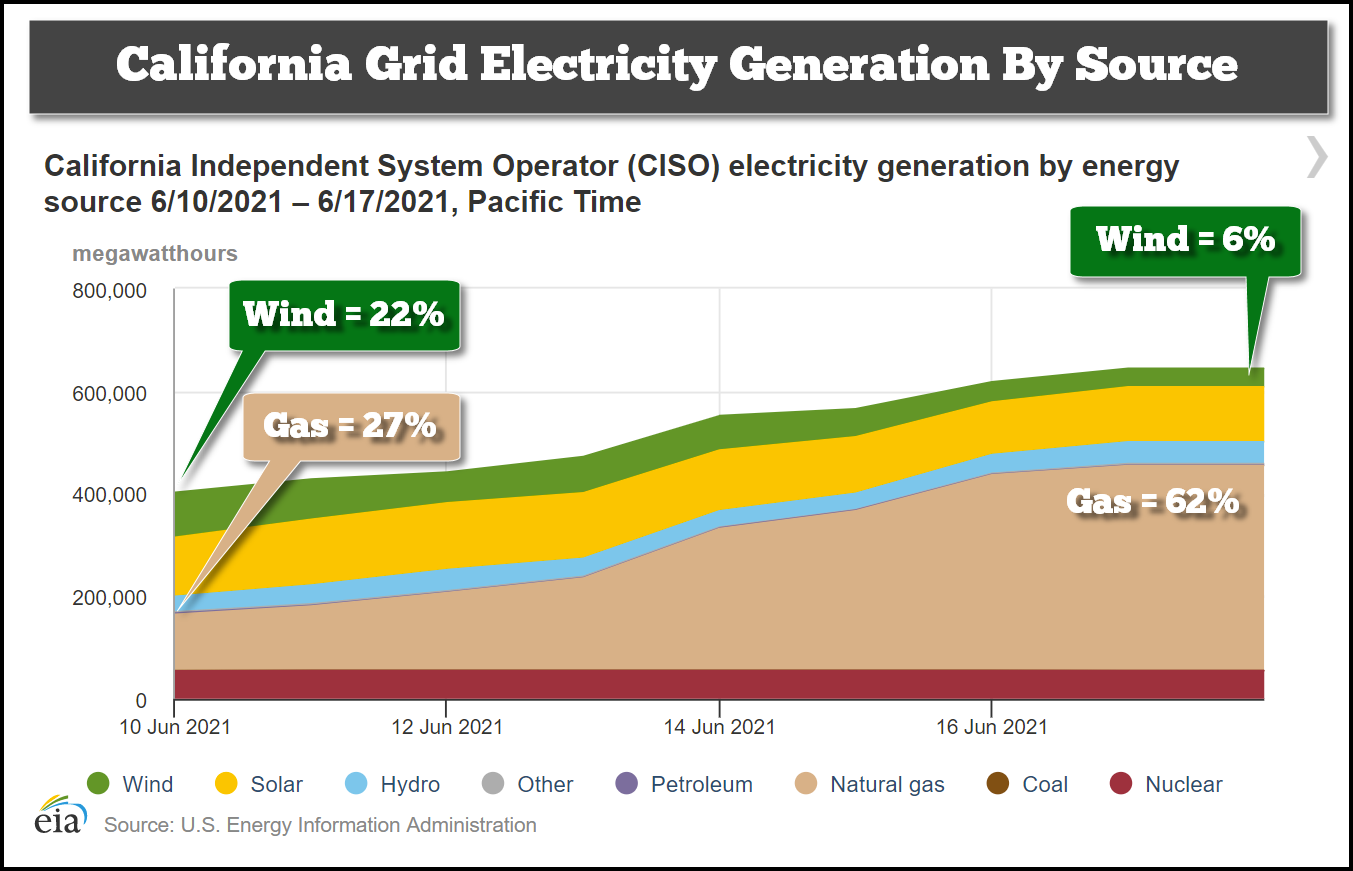 From June 10th to June 17th, Wind Power in California fell nearly 60%, while Natgas power surged by 265%.  Now, think about this.  What happens when California doubles or triples its Wind Power generation when another heatwave hits the state in the future??  This is the problem with scaling up Wind and Solar Power.  You can get away with adding 5-10% of wind and solar to the grid, but when adding 25-50%… don’t be surprised when BROWN & BLACKOUTS become the norm.

Green Energy Fails In Texas In Both Winter & Summer 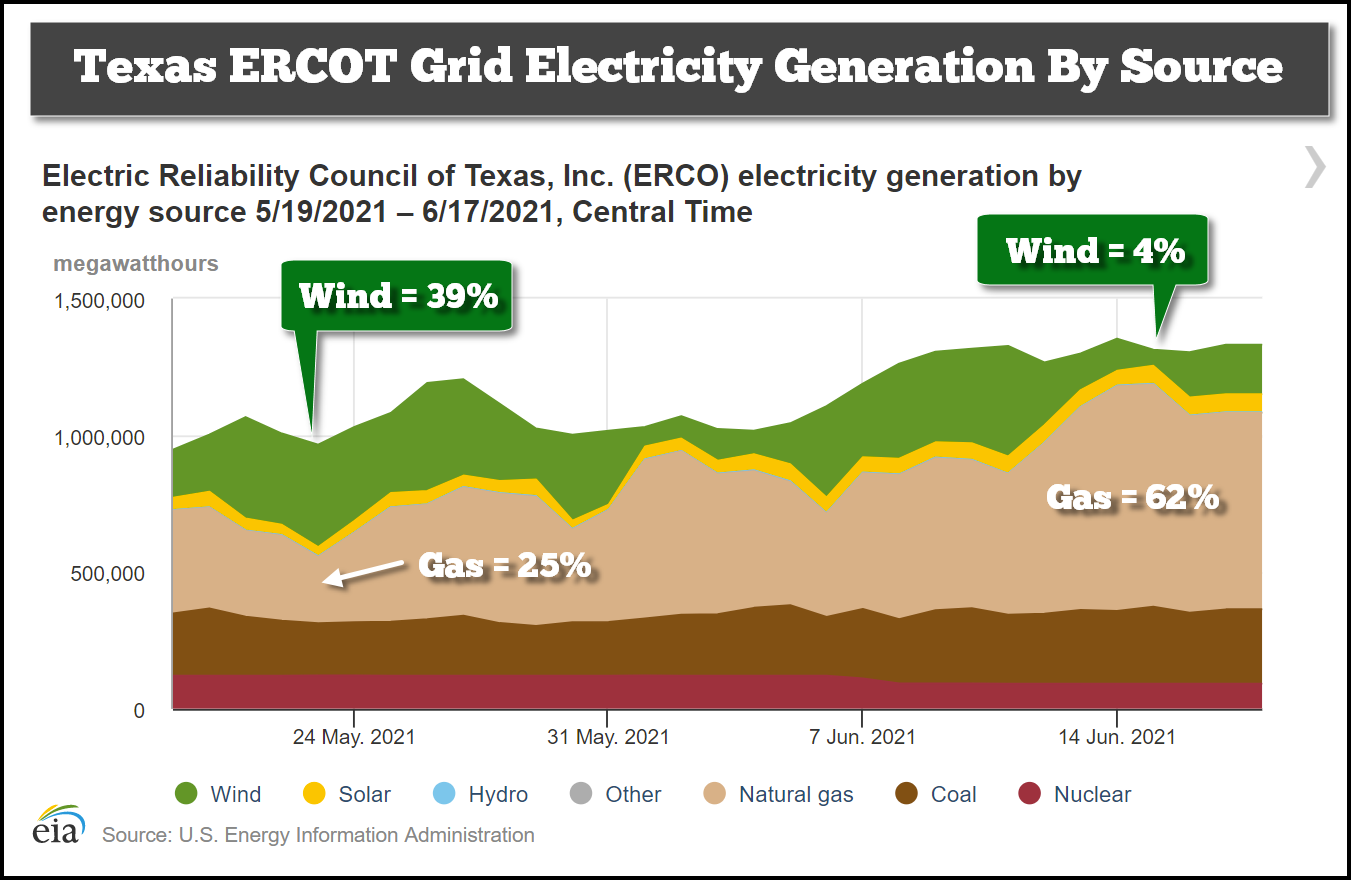 The two power sources that are the most volatile in the chart above are Wind and Natgas.  Nuclear, Coal, and Solar remain about the same… more or less.  However, at night, solar power goes to ZERO.  If it weren’t for the huge increase in Natgas power generation, Texans would be in a WORLD OF HURT.  Here are the actual power figures for these two periods:

Furthermore, we can’t forget about the huge problem when the wind power failed during the massive Freeze this past winter as Natgas came to the rescue again, before failing with everything else.   Natgas generation during the Texas freeze increased to 61% of total power generation before it failed…. moderately.

Again, what happens when the United States ramps up total Wind & Solar power from 12% of the total electric grid supply in 2020 to 29% by 2030??  And, what if U.S. shale gas production declines significantly by 2030?  How will we offset this huge INTERMITTENCY issue of Green Energy?

These are all very important issues that are not being addressed.  Rather, the United States is plowing full speed ahead to adding lots of Wind and Solar Power.  As the world heads over the ENERGY CLIFF in the next 5-10 years, watch as the love of Green Energy goes by the wayside, as people start to focus on surviving the coming energy, food, and goods shortages.

Will Silver Reach $21 In The Current Rally?